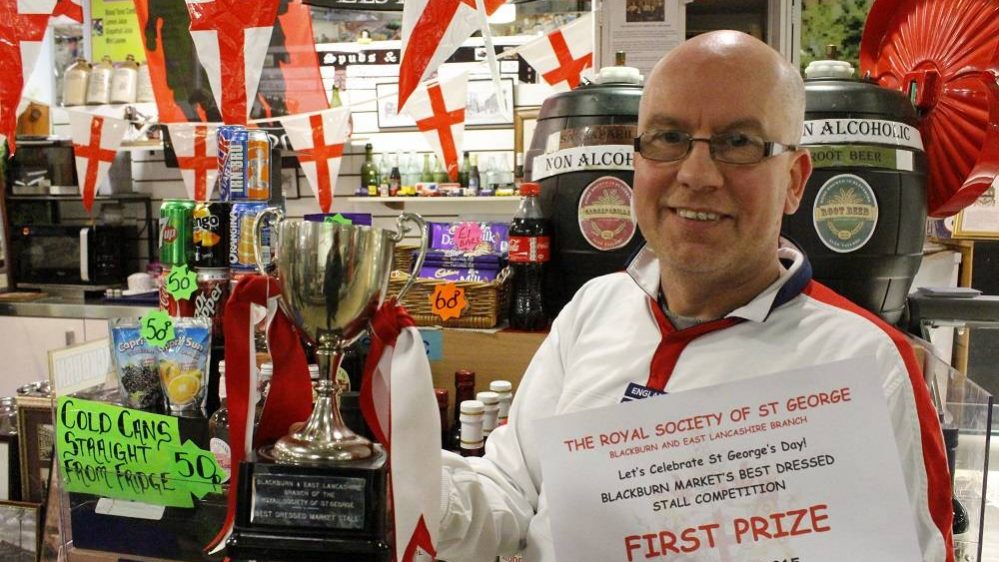 Alan Taylor from Spuds n Puds stall on Blackburn Market was proud as punch today when he discovered that he had been awarded a St. George’s Day winner’s trophy for the second year running.

The annual competition organised by the Blackburn Royal Society of St George encourages stalls in Blackburn Market to decorate their stalls to celebrate the patron saint of England.

Alan’s stall is normally decorated with all sorts of local history pictures and for St George’s Day was transformed into a riot of red and white. The stall sells a range of traditional hot food items including Lancashire favourites along with home-brewed sarsaparilla.

Alan said, “I always support St. George’s Day and it was great news to win the prize for a second year running. I hope I can go for the hat trick now.”

Runners up in the competition were Spindles Diner and Greens Butchers.

Pictured is Alan with his trophy and winner’s certificate.