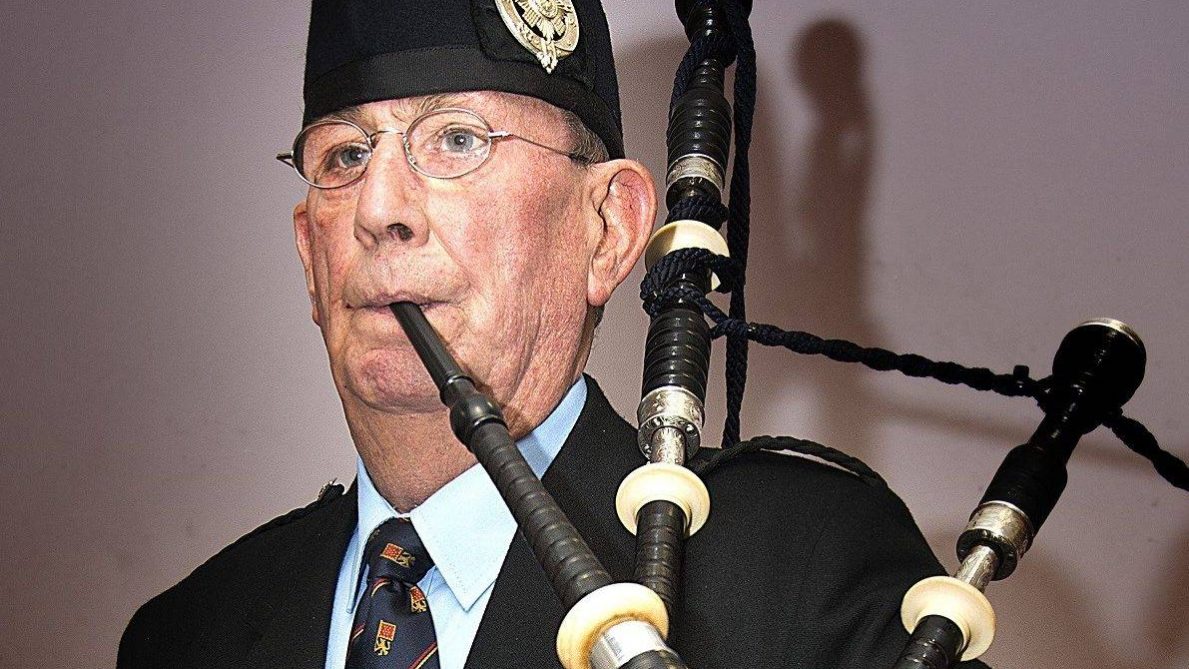 As a Scottish bagpiper for over 60 years, Blackburn’s Tony Bolton has eaten a lot of haggis in his time playing at many Burns Night celebrations.  But this weekend he’s looking forward to a quiet a haggis supper at home once he’s performed in Blackburn Market and Church Street at 12 noon on Saturday (25 January).

Now a member of the Royal Burgh of Annan Pipe Band, Tony spends a large part of the week travelling to Scotland from his home in Fernhurst, Blackburn 2-3 times a week to rehearse depending on whether the band is competing.

Tony explains, ‘I was 9 when I first started playing the bagpipes when I was taught by an uncle of mine, Bernie (Barnie) Taylor who served in the Irish Guards.  He set up the Glen Side Pipe band which was based at the West End Youth Club till he retired.  I then joined the Lochenside band in Nelson where many of the players were retired Scottish and Irish Guardsmen.’

‘I successfully auditioned for the top band in England, the Mount Carmel Band which was run by Walter McMinn and played with them for 10-12 years.’

Tony’s piping career also includes playing with the City of Salford Band, the Chorley Pipe Band, the Greater Manchester Fire Service Band and the Colburn Band in Scotland and his hobby has taken him all over the world.

This Saturday, Tony will be wearing the Royal Stewart Tartan when he performs in and around Blackburn Market around 12 noon.   There will be a display of Scottish Dancing at 10am and free Scottish themed children’s crafts throughout the day in the area next to Blackburn Visitor Centre.

Photograph:  Tony Bolton and his bagpipes