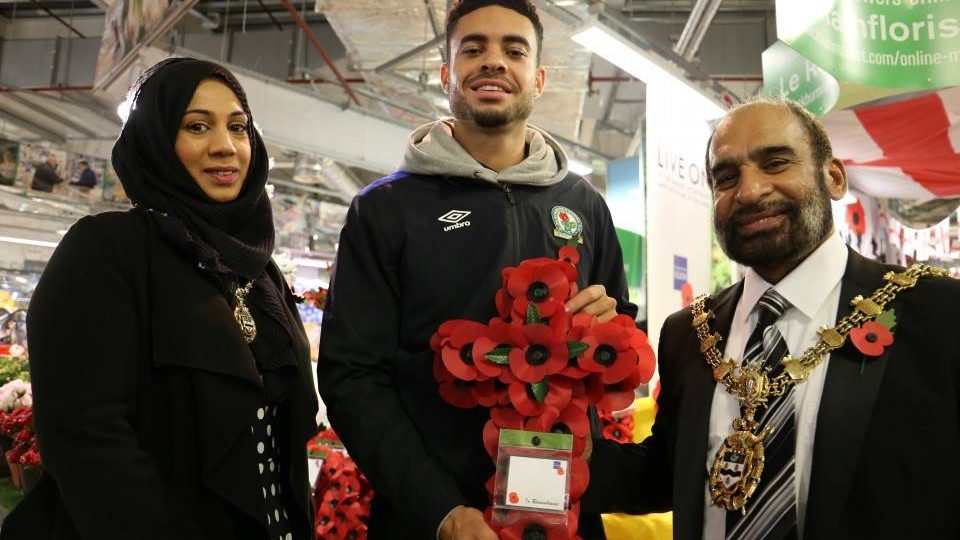 He joined members of the Royal British Legion and the Mayor and Mayoress of Blackburn, Councillor Hussain Akhtar and Mrs Shaheen Akhtar.

The launch was held at Blackburn Market, and poppies and other fundraising items can be bought from the Spuds and Puds stall.

The Poppy Appeal is the Royal British Legion’s biggest fundraising campaign held every year in November, the period of Remembrance. The iconic paper poppies, as well as many other forms of poppy pins and bands, are on sale to raise vital funds to help the Armed Forces community.

This year, The Royal British Legion is asking the nation to Rethink Remembrance by recognising the sacrifices made not just by the Armed Forces of the past, but by today’s generation too.

The Mayor said: “This is such an important event every year, and raises vital funds and awareness of these conflicts and the sacrifices made by the armed forces.”