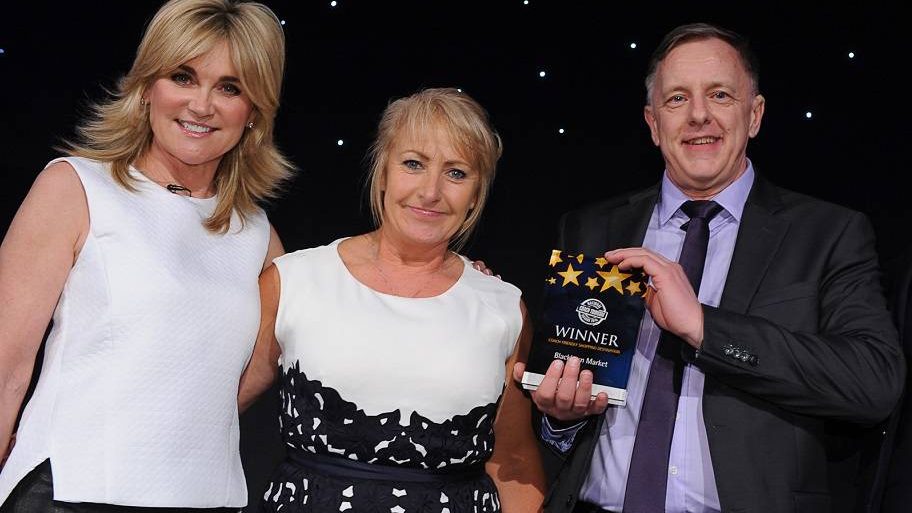 Blackburn Market has been voted as the Coach Friendly Shopping Destination of the Year at the annual Coach Tourism Awards on 16 March.

Blackburn Market won the title at the awards evening, which took place at the VOX Conference Centre, Birmingham after making the shortlist for the first time.

The award, sponsored by the British Tourism and Travel Show, was presented to the market’s team for their continued work promoting Blackburn Market and its partner attractions from the surrounding area.

Last year, the market held a two-day familiarisation trip for group travel, organisers and tour operators. The trip, organised by the market’s team in conjunction with Steve Reed Tourism provided visitors with the chance to explore some of the town’s most popular tourist attractions including Blackburn Market, The Chocolate House, Samlesbury Hall, Blackburn Cathedral and Hoghton Tower.

Commenting on the award success, Commercial Manager, David Smith, said: “We’re thrilled to have won this prestigious award at a national event which is attended by hundreds of industry professionals. The national recognition strengthens the market’s reputation as a true shopping destination.

“We will continue to work with partner attractions across the town to improve our offer for people visiting by coach and to ensure that the visitor experience is as enjoyable as possible.”

Celebrating its 11th anniversary this year, the annual awards – the only national awards scheme that specifically focuses on coach tourism – were organised by Diversified Communications UK, and hosted by Coach Monthly magazine.

The event brought together over 400 industry experts, including coach tour operators, destinations, visitor attractions, hotels, and tourism industry suppliers, to recognise and celebrate excellence and innovation across the multi-billion pound coach tourism sector.