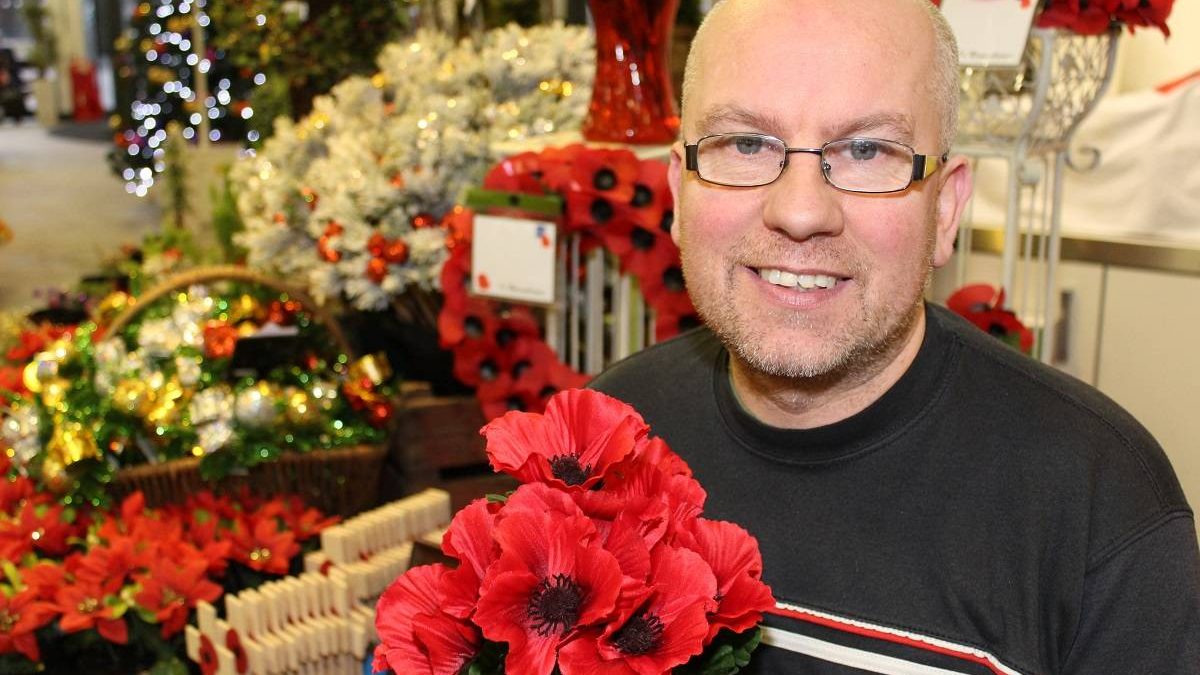 Stallholders had collecting boxes on their stalls with the traditional poppies as well as a larger stall that was dedicated to Poppy products to raise funds for the Royal British Legion.

Alan Taylor, from the Spuds n Puds stall, who helped organise the stall full of merchandise, said, “Overall the market stall and collecting boxes raised over £5300, with the collection boxes on the traders stall beating last year’s total by several hundred pounds”

Some merchandise is still available for purchase.

Pictured: Alan Taylor at the Poppy Stall in Blackburn Market