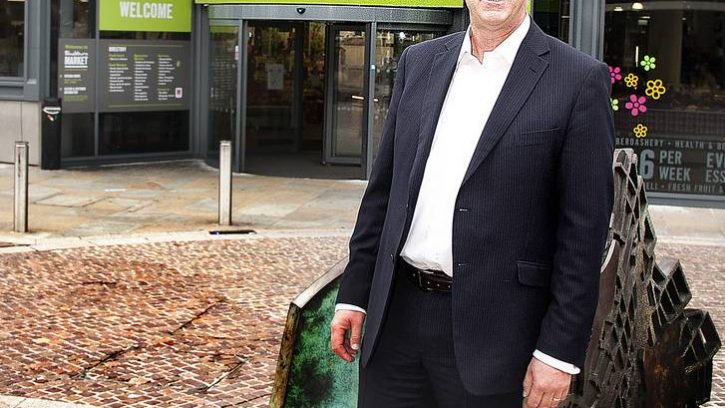 Blackburn Market has launched an online campaign asking supporters to stand up and be counted in a bid to become Britain’s favourite market.

Shoppers and traders have until the end of December 2013 to vote for their market of the year in a competition organized by the National Association of British Markets Authorities (NABMA). Voters are simply asked to go to www.nabma.com/vote and enter their email address along with their vote for Blackburn Market.

This is the latest publicity campaign by the Blackburn Market team, led by Commercial Manager, David Smith who came into the role in August.  Since then he has rebranded the market, launched a new website with a directory and photos of all the traders and developed an online presence through local media.

A programme of high profile activities and events aims to put the market at the heart of the community in the town centre.

Recently the traders joined together for a ’12 days of Christmas’ advert which has been a hit on social media.  2014 will see the development of new activity zones aimed at drawing people of all ages. These will include a demonstration kitchen for visiting chefs, an area for community workshops and a buskers’ bay.

David explained, ‘We’re keen to encourage a wider range of shoppers to see what the market has to offer.  Younger people and families are discovering the experience of shopping in a friendly environment, where you get to know the name of the traders who are happy to share their passion for their products.  Blackburn Market has always had strong support from local people, and the new Blackburn Market has many of the long established stalls selling a wide range of goods at great value prices, some great eating places to meet up with friends and much, much more.’

‘The NABMA competition is a great opportunity for people who love coming to Blackburn Market to show their support and put us on the map.’